Sports In Pubs: Why Venues Need To Show More Live-Matches

#time#
We want to help hospitality businesses maximise their exposure and sky-rocket their bookings through SPORT. We want to drive increased football and get the most out of the big sporting fixtures being shown in your venue. On match days we want to give the fans a reason to visit your pub, by extending your reach with compelling offers and promotions.
Insights 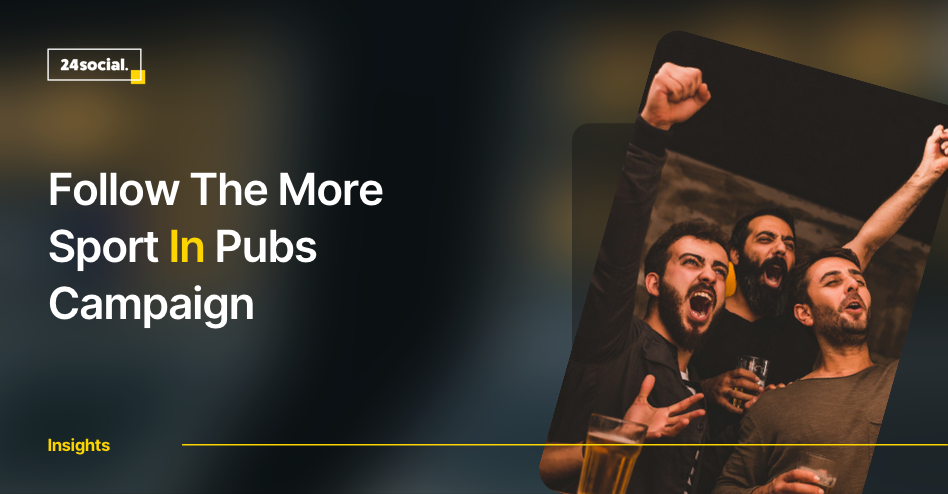 The History of Sports In Pubs

For centuries British pubs have been showing sports in their venues. Whether people are engaging in a game or sharing some drinks with friends, showing sport in your pub is a great way to create a passionate atmosphere while attracting customers.

Chief executive of the British Beer & Pub Association, Brigid Simmonds explains the significance of screening sports that when expressing sporting excitement “only being at the game itself can compare to watching it in the pub.” Throughout London, there are many pubs famous for their popular sports showings. Enjoy a drink while you watch at Greenwood, The Three Compasses Dalston, Bar Kick and many more.

With Britain experiencing its hottest scorcher of a summer in over 40 years, pubs worked endlessly to maintain the happiness of customers rolling in to experience the atmosphere of sport in pubs. Due to the vast popularity, it was seen that during England games pubs have seen an income increase of up to six times their usual intake, making for an amazing business.

Here are some of the upcoming events taking place:

The Most Popular Sports in Pubs

When people think of sports in pubs more often than not the first thing to come to mind would have to be football. Now more than ever football is an essential feature of a successful pub. This was demonstrated last summer, during the World Cup, where there was an increase of 130m MORE pints being sold - the hospitality industry even went as far as to label this phenomenon with its own name, ‘football fever’! As you can see here, if you are a pub looking for ways to increase good business be sure to consider screening these upcoming football events:

Following England’s victory in the 2022 Women’s Euros, the already vast popularity of football in pubs is expected to expand massively in sparking the interest of more people across the country! This set of Euros smashed records for the highest in-person attendance of any European Championship final with 87,192 excited fans who travelled to witness the final at Wembley.

Their win has not only revolutionised women’s football but also once again captivated thousands of people, drawing them into pubs broadcasting these matches. Keep an eye out for the next Women’s Euros in 2026!

The highly intense sport that is boxing has raked in viewers forever whether it be in-person or virtually. Through screening these boxing matches, this foot traffic can easily be redirected into a pub setting where they can eat and drink to their heart's content whilst watching with friends.

Director of Sky Business, David Rey, explains the significance of showing boxing in pubs: “Boxing is increasingly popular among pub goers and licensees are reaping the benefits of the money-making opportunities Pay-Per-View fights can bring.”

In the last few years boxing particularly has boomed thanks to social-media platforms YouTube and TikTok - on such platforms creators have been seen to form friction with one another, somehow resulting in a boxing match (random escalation, but very popular among pre-teens and young adults!) Seen in 2019 with the KSI vs Logan Paul fight which raked in 2.25 MILLION live viewers. The popularity of these matches makes for a whole new audience to provide service for.

In pubs, rugby has proven to be a large success for a driven, passionate community of people. Before the last Six Nations Championship in 2022, it was announced that Star Pubs & Bars put £60,000 into flags, buntings, signs etc, to help maximise footfall from the occasion. Another thing to note is that around this same time, Greene King pubs released a survey to discover how the majority of people planned on watching the championship. They found that over half of Brits planned on watching rugby in a pub - where 1 in 20 mentioned they were guilty of putting away at least 5 pints!

Promotions During Match Periods to Lure in Fans

Promotional periods during sporting matches are a pivotal part of cashing in on excited fans. Pubs across the world tend to focus on alcohol & food promotions to make the most of such busy periods. To further increase profit pubs should ensure that pricing is very clear across all menus, and signs so fans know what to expect when attending a match.

Such offers may include:

Why watch sport in a pub and not at home?

Watching sports in a pub setting is a great way to immerse yourself in the true environment of what it's like to be a sports fan! If you are new to entering the sports atmosphere this is the best way to get involved and join in with major fans. There’s nothing quite like being in a pub and witnessing your team win while surrounded by loads of people who are just as excited - afterwards fans can then stay out and discuss all the best parts of the match. While watching a game at home is enjoyable, being in a pub is such an amazing way of socialising with other fans. In 2019, a survey was conducted and found that 57% of people said that the atmosphere of watching in a big group of people makes watching sports on TV in a pub better than watching it at home.

Why watch sports in a pub and not at the stadium?

A stadium is a great way to witness a match first-hand, however, watching in a sports bar is a whole different experience. With the price of tickets being extremely high for a stadium trip, watching in a pub which has excellent sound, visuals and atmosphere is a whole new way to also witness all the match highlights and goals!

Reach more people with your sporting promotions through search and social media.

Re-market to the users and give them a reason to return.

Some Excellent Brands we work with showing Sport

Add Walkabout to your sports bars bucket list. It screens all live sports matches as well as hosting lots of big nights out and celebrations. Throughout the week they have a bunch of great food and drink offers such as all wraps come with chips and a soft drink included until 4 pm! They are also a massive hit with students as they provide student discounts from Monday to Friday. Their huge HD televisions are dotted around the bar and make for a great atmosphere for sport goers.

Another hot spot for sports fanatics is We Love Sport. Dotted across the UK are a bunch of amazing bars where you and your friends can watch all the sports you want live. Their massive televisions and smooth flow of drinks and food service allow for the next best thing other than being at the actual game! 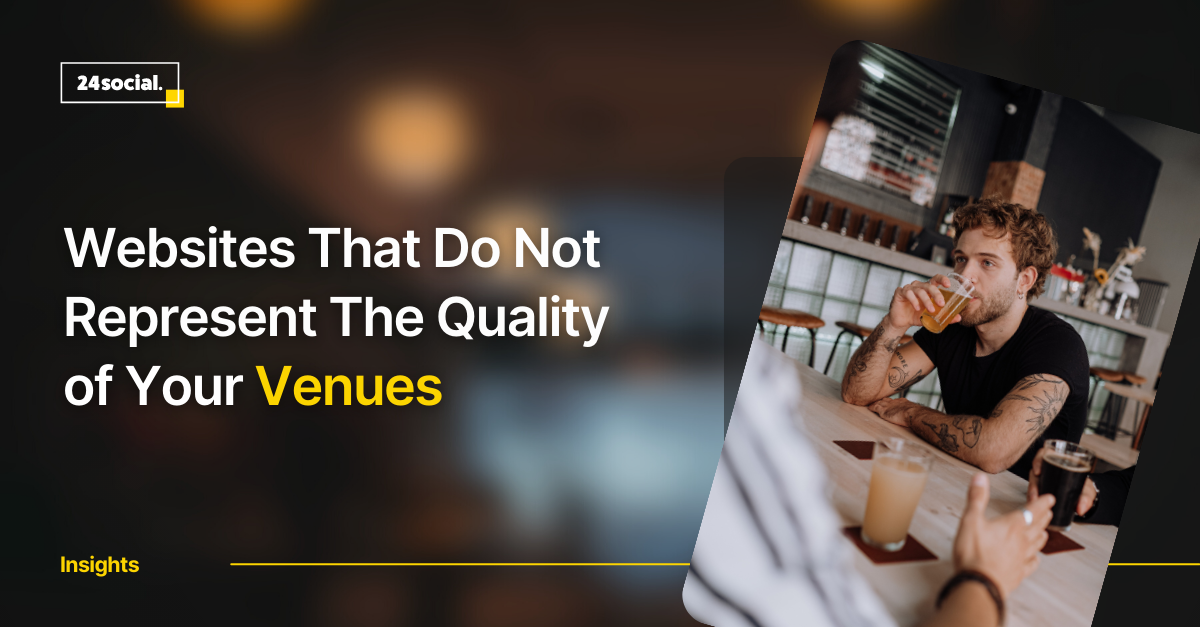 Websites That Do Not Represent The Quality of Your Venues 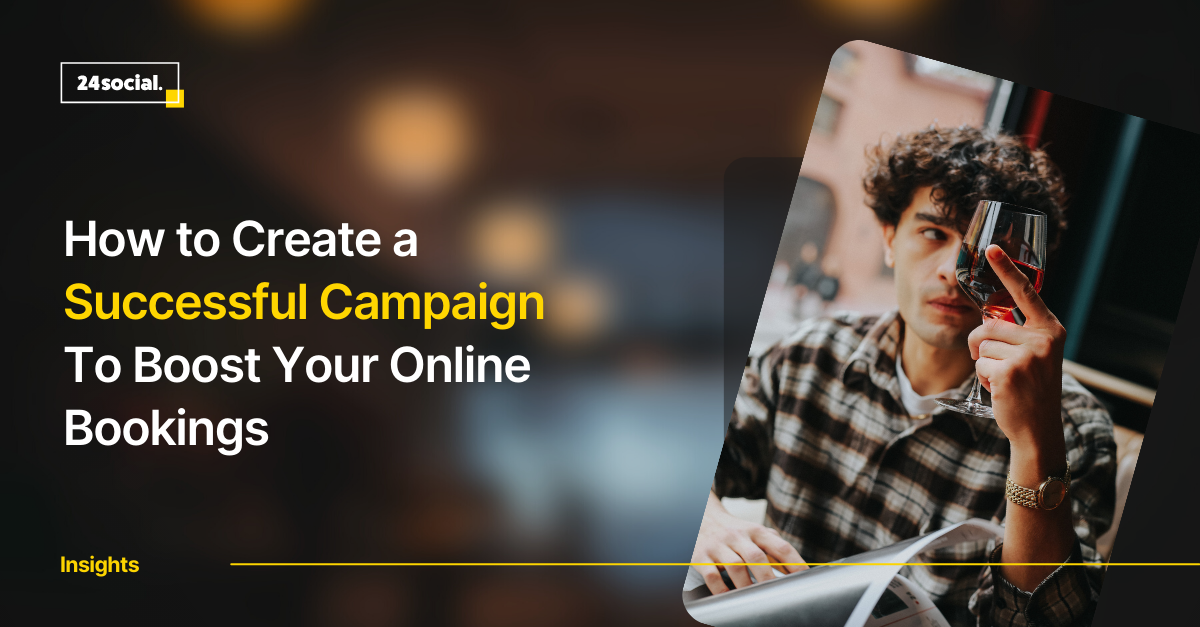 How to Create a Successful Campaign To Boost Your Online Bookings